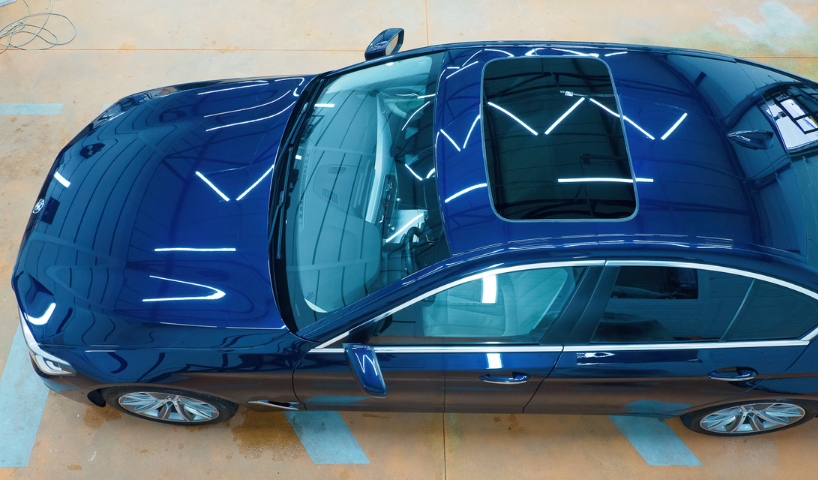 Detailing companies claim that this is not just a car wash and dry cleaning. The fundamental difference from standard services is thoroughness and complete care. Probably hard to understand until you see it for yourself. Therefore, we asked the owner of the BMW 5-Series G30 to send his car for a total cleaning of the body and interior. And they themselves watched the process and compared the general view of the car in the “before and after” format.

Why did the owner need detailing?

The owner of the car is called Paul, he works as a driver on it. This BMW is with a 2.0 diesel engine (190 hp) and automatic transmission, the equipment is above average. The car was produced in 2017, last year it was brought from a salon in Belgium, where it got through the trade-in system. For a while, the guy rode this BMW in the form in which it arrived from Belgium, and now he decided to give it a slightly updated look – to refresh it, so to speak. Why?

“I am a business class car transfer. Most often I drive people to and from the airport. Obviously, passengers are almost always riding in the cabin, and the leather of the seats is milky. Care is required. A tidy salon is pleasant both for my high-status clients and for me. I myself am quite pedantic about cleanliness, the dirt in the car literally annoys me and makes me nervous. In general, there is a fad – a good car should look good.”

Paul came to detailing to clean the interior (seats, floor, doors and roof), polish the hood, remove bitumen stains, wax the body. They promise that in winter the wax will last about two months.

Before the start of work, the car appeared before us in this form. We recorded all the nuances on the camera and in memory. In a couple of days, as promised, the car will look like brand new from the showroom.

A team of auto detailing specialists spoke about the progress of the upcoming work. They promised to accompany their comments with pictures. Here is their report.

Obviously, it all starts with a wash using high-quality car chemicals. They wash off ordinary dirt, and bitumen, and metal inclusions, and dust from the pads. Discs are cleaned separately.

After that – restoration polishing in three steps. To begin with, the varnish layer is measured with a thickness gauge in order to understand how seriously the surface can be cleaned.

High, medium and fine pastes are applied in turn. Thus, small scratches on the varnish will be removed and the “hologram” will be removed. The paintwork on this BMW is in average condition, keramolac has been applied, it is noticeable that it has already been polished before. On “French” or “Japanese” it is enough to use two steps of polishing. They promise that most of the chips can be made visually less noticeable. But the procedure will not save from deep scratches.

Also planned washing the engine compartment. After it, a preservative with an antistatic effect is applied – it repels dust, prevents it from collecting and accumulating.

In parallel, they start detailing dry cleaning. To do this, you need to dismantle all the chairs, plastic lining, sometimes the central panel.

If the chrome elements in the exterior needed to be cleaned, it would be done by hand, using a special paste and microfiber. An alternative is specialized cotton wool for cleaning chrome. Often, clients of detailing centers are asked to hide chrome under a black glossy film. Also a frequent request is the protection of headlights with a film.

In the process of dry cleaning, they work according to the principle from the bottom up: they wash all the carpets, the floor, the plastic, the ceiling – everything to the smallest detail. In order to knock out the sand that has eaten into the pile, they use a pneumatic tool called a tornador. It pressurizes the air with cleansing chemistry, creating a vortex spiral effect.

After cleaning the plastic. In order not to scratch it, they use brushes with pile or foam rubber, which can be bought at art stores.

Next in line is the ceiling. It is important here not to spoil it, to prevent sagging. Therefore, light-alkaline compounds are chosen as chemistry, they are applied with a spray gun, dirt is removed with wet microfiber. Some ceilings, in principle, cannot be cleaned. These are identified by a simple test: if dents-prints remain after pressing with your fingers, it means that the foam rubber and glue under the fabric have grown old, after washing they can sag.

Then they pass through the cabin with a washing vacuum cleaner, after which they leave it to dry.

While the interior fabric dries, take care of the dismantled seats. Wash with brushes and microfiber. They get rid of both dirt and the glossy effect. The skin should have a matte look.

At the end of the work, the car is vacuumed again, and the outside is washed.

For all work, special expensive chemistry is used, each product has its own purpose, a different degree of aggressiveness of the effect of alkali on the material. Of the unusual tools that can hardly be found at an ordinary car wash, there are brushes, brushes, the already mentioned tornador, microfiber.

In the process, several nuances were discovered that cannot be ignored. For example, on the driver’s door and the driver’s seat noticed scuffs, skin damage. In such cases, dry cleaning is powerless.

Detailing specialists also voice situations in which they would refuse services:

“For example, they ask you to stick a protective film on large chips, but then air pockets (bubbles) can form. We warn you that with a two-stage polishing, chips on the paintwork may appear even more, especially on a dark-colored body. We do not undertake polishing immediately after painting, because we do not know where and under what conditions the car was painted, what kind of varnish was used, what is its thickness. As already mentioned, we will not take up cleaning the sagging ceiling. At the same time, they assure that failures are quite rare.”

A couple of days after the first visit, we meet a BMW that has gone through all the stages of detailing. Photos will tell you the best about her condition. 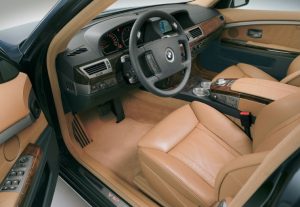 Previous post How to clean carpets in the car: the secrets of easy cleaning 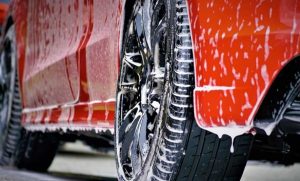 Next post 10 Easy Auto Detailing Secrets You Should Try
Stewe

Check out these tips and feel free to use them! 1. Until the interior becomes completely dirty ... Many are...

Clean mats in the car do not affect the serviceability of the car and safety on the road. But the...

The German TV channel Welt published a film about the car wash company Dr. Wash, which he calls the largest...

What to do if you really need to wash your car, but there is no possibility to do it at...

In this article, we will learn you step by step how to clean your engine compartment, the engine of your...

We are constantly told that car radiators must be cleaned of dirt, otherwise there will be no problems with the...